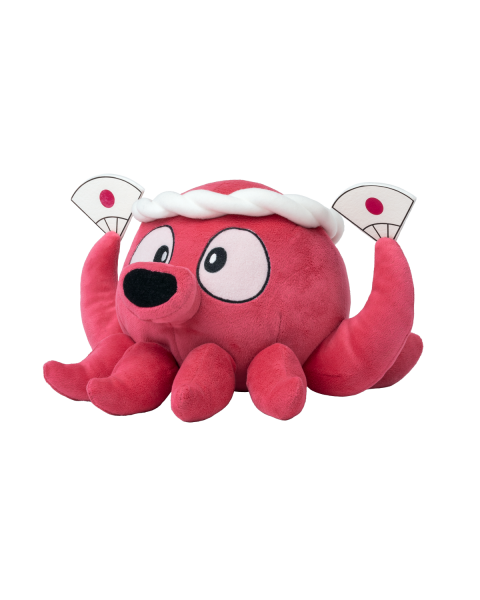 Sustainably produced and climate neutrally certified "Tako" plush from the Parodius video game series by Konami. The highly detailed, cute octopus is approx. 16 cm high and 27 cm wide. It is produced 100% climate neutrally and is a loyal companion who helps you to make your dreams and hopes come true. The cuddly comedy star is made from recycled polyester. We use plant based and mineral oil-free inks for printing on our packaging which are eco-friendly and don´t interfere with the later recycling process.

This sustainably produced premium plush uses certified recycled polyester and leaves no detail unnoticed. The outer fabric is exceptionally soft and promises an impressive durability due to its strong fibers.

Recycled plastic is made, for example, from beverage bottles or collected ocean plastic. This avoids the need to produce new plastic and reduces pollution of the environment. Compared to producing virgin plastic, this process uses up to 50% less energy and saves up to 70% CO2 emissions. 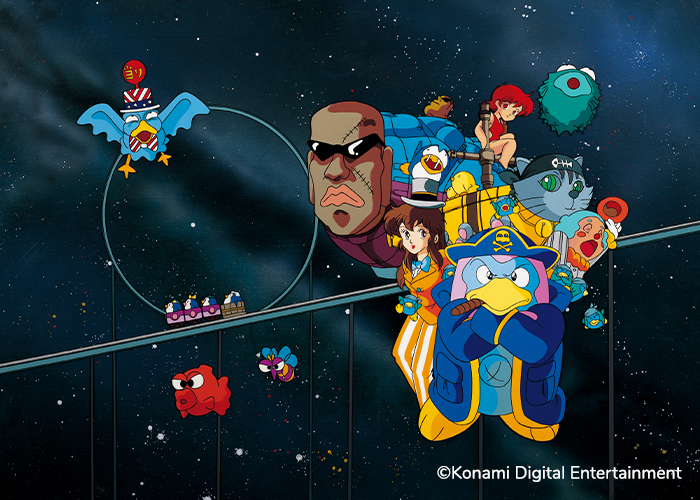 After a failed attempt to start an entertainment career on Earth, Mr. Parodius, also known as Tako, decided to leave Earth and travel the universe to fulfill his desire to become a true entertainer and comedian. During his absence on Earth his main villain and final boss „Dream Eater Bug“ started to eat people’s dreams and hopes! Reason enough to face him - with his friends on his side.

Parodius is a game series whose success began back in 1988. Since then six games of the so called cute’em-up shooter have already been released. All of them are tounge-in-cheek parodies of Gradius and TwinBee and many other characters from the Konami franchise. The Parodius game series is of particular importance in Japan, as it is strongly imbued with Japanese culture and folklore. Discover all products About
This website uses cookies, which are necessary for the technical operation of the website and are always set. Other cookies, which increase the usability of this website, serve for direct advertising or simplify interaction with other websites and social networks, will only be used with your consent.
Decline Configure