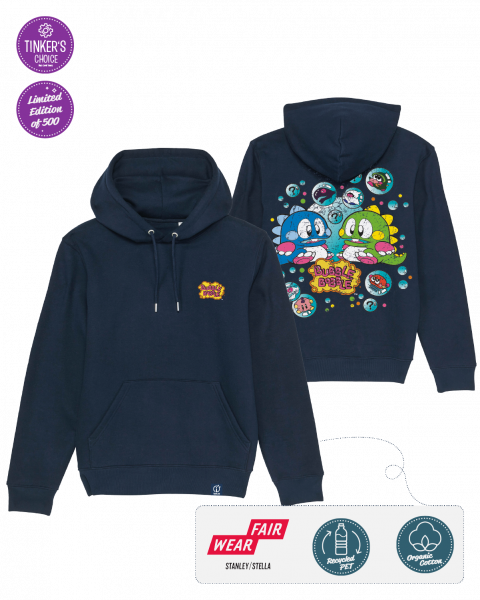 Durable premium hoodie made of 85% cotton (100% GOTS certified organic cotton) and 15% recycled polyester which provides an exceptionally high wearing comfort and promises an impressive durability due to the strong basis weight of 350g/m² of the raw material used. It features a double layered hood in self fabric and round drawcords in matching body color, as well as metal tipping and eyelets to prevent fraying and tears. The fine twin needle topstitches on the armhole, sleeve hem and bottom hem ensure an optimal fit and thus provide a fashionable cut compared to conventionally produced hoodies.

Made from 100% GOTS certified organic cotton from India and without the use of chemical substances, this hoodie meets all the standards for compliance with healthy environmental practices on this planet. Thanks to a special printing technique, the water used for printing can be reused, reducing the overall consumption of groundwater in the production of the hoodie by 91%, thus saving valuable resources. 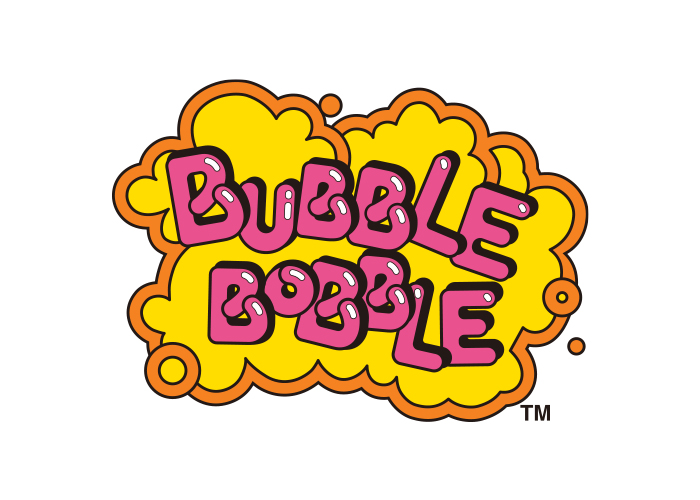 Bubble Bobble revolves around the two dragons Bub and Bob who set out to save their girlfriends from the hands of the evil Baron von Blubba. To get them back, the duo has to overcome 100 challenging and increasingly difficult levels full of dangers and fearsome foes which have to be eliminated to advance to the next level. Unlike common dragons, Bub and Bob do not breath fire but bubbles which they use to trap their foes, leaving them incapable of moving. In order to put them out of action, the player then has to burst these bubbles by touching them. The player can also lose one life if touched by a free enemy or their projectiles which can be regained by collecting special items that result in the word EXTEND. Since the developers highly encouraged the fans to play the game in co-op mode, they added a special ending to the game for everyone who defeated the last boss in multiplayer. Discover all products About
This website uses cookies, which are necessary for the technical operation of the website and are always set. Other cookies, which increase the usability of this website, serve for direct advertising or simplify interaction with other websites and social networks, will only be used with your consent.
Decline Configure